All Categories » Troubleshooting and FAQs / Miscellaneous/FAQs

Why can Degree Counts vary between two dates

Why can Planetary Degree counts vary when Forward / Reverse directions are compared between two dates? 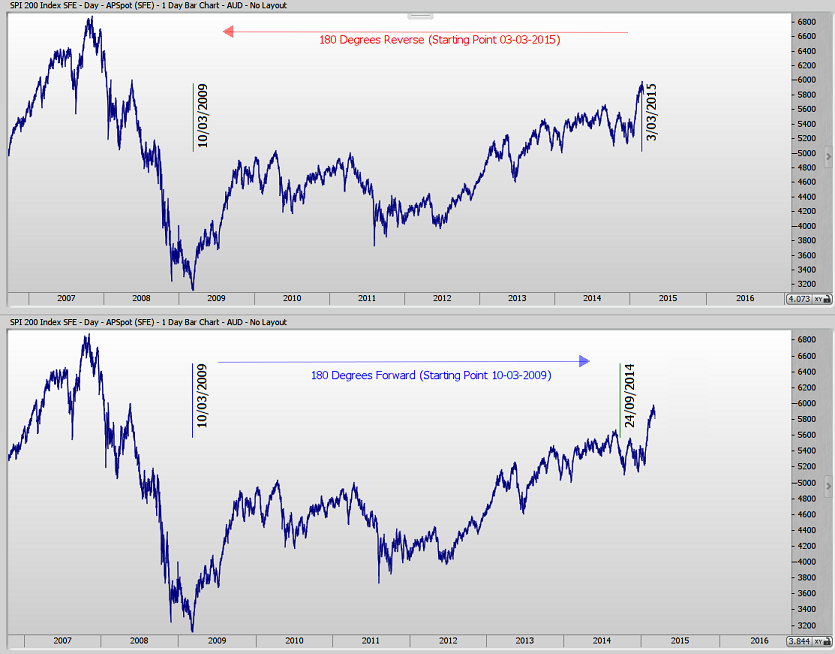 This variation occurs because the retrograde motion of Jupiter (in the above example) means that Jupiter is positioned at 134.78 degrees twice (actually it passes that angle three times through the whole retrograde cycle). So when we go forward from 314.78, the requirement of reaching 134.78 is satisfied the first time Jupiter reaches that angle. In the reverse case, Jupiter initially travels in the "wrong" direction before reaching 314.78. 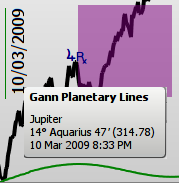 By tracking the movement of Jupiter on the chart itself using a GPL, moving forward you can see Jupiter reaches a position of 134.78 Degrees on the 24th of September 2014.

Shortly after Jupiter moves into Retrograde, and on the 3rd of March 2015 reaches a position of 134.78 Degrees again.

It is the effect of the retrograde movements which cause the variations in date when comparing forward / backward movements (in degrees).

Tracking the movement on the Ephemeris